This robot’s parts are helpless alone, but turn smart as they team up

Computer chips from carbon nanotubes, not silicon, mark a milestone

These science claims from 2019 could be big deals — if true

50 years ago, scientists didn’t know where heavy elements came from

In a first, an Ebola vaccine wins approval from the FDA

Mounting evidence suggests neutrinos are key to why antimatter is rare

Molecular jiggling may explain why some solids shrink when heated

Planets, asteroids and Arrokoth were the focus of new discoveries

NASA’s Transiting Exoplanet Survey Satellite, or TESS, racked up eight exoplanet finds in its first few months of observation (SN: 2/2/19, p. 12). That initial cache included some weirdos, such as a planet that is about as dense as pure water and a “lava world” known as LHS 3844b that sizzles at about 540° Celsius. TESS has since discovered a new type of exoplanet called an ultrahot Neptune, which appears to be a fluffy gas giant in the process of stripping down to its rocky core (SN: 8/31/19, p. 11). 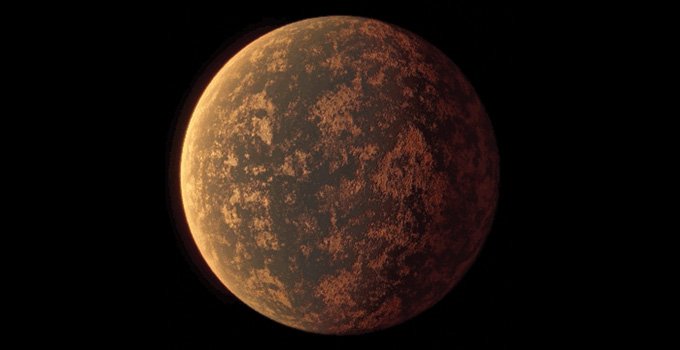 Among the exoplanets discovered by NASA’s Transiting Exoplanet Survey Satellite, TESS, is LHS 3844b (illustrated), a “lava world” slightly bigger than Earth. TESS/NASA and MIT

The Japan Aerospace Exploration Agency’s Hayabusa2 is expected to become the second spacecraft ever to bring a bit of asteroid back to Earth, after the original Hayabusa probe returned with a souvenir from the asteroid Itokawa in 2010. Hayabusa2 touched down on the asteroid Ryugu in February to fetch a sample from the asteroid’s surface (SN Online: 2/22/19). Then, to get a deeper sample, Hayabusa2 fired a copper projectile at Ryugu to punch a crater into the asteroid (SN Online: 4/5/19). The probe then ducked down to snag some rubble excavated from the interior (SN: 8/17/19, p. 14). Scientists won’t know exactly how much of Ryugu was collected until Hayabusa2, which started its journey home on November 13, arrives at Earth in late 2020.

Another sample-return mission, NASA’s OSIRIS-REx, is still orbiting its asteroid. When the spacecraft first arrived at Bennu in December 2018, observations unveiled a rugged surface littered with boulders — bad news for a probe designed to navigate more beachlike terrain (SN: 4/13/19, p. 10). Using OSIRIS-REx’s detailed mapping of Bennu from orbit, NASA selected a site for sample collection in the asteroid’s northern hemisphere (SN Online: 12/12/19). Bits of Bennu, to be returned in 2023, may reveal whether a similar asteroid could have delivered to early Earth a molecular starter pack for life (SN: 1/19/19, p. 20). 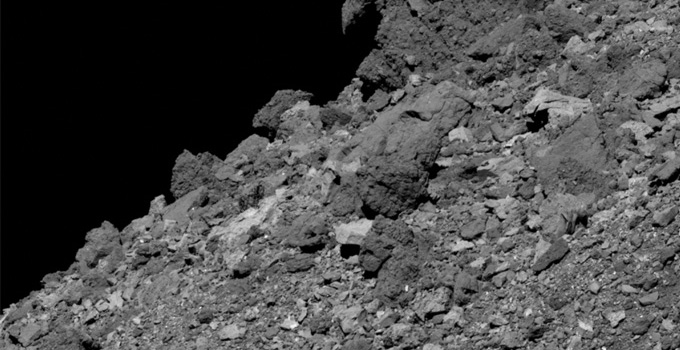 After mapping the entire rugged surface of the asteroid Bennu, shown in this image taken by the OSIRIS-REx spacecraft, NASA has selected a site to for OSIRIS-REx to collect a sample. The site, called Nightingale, lies in a crater in Bennu’s northern hemisphere. Goddard/NASA, Univ. of Arizona 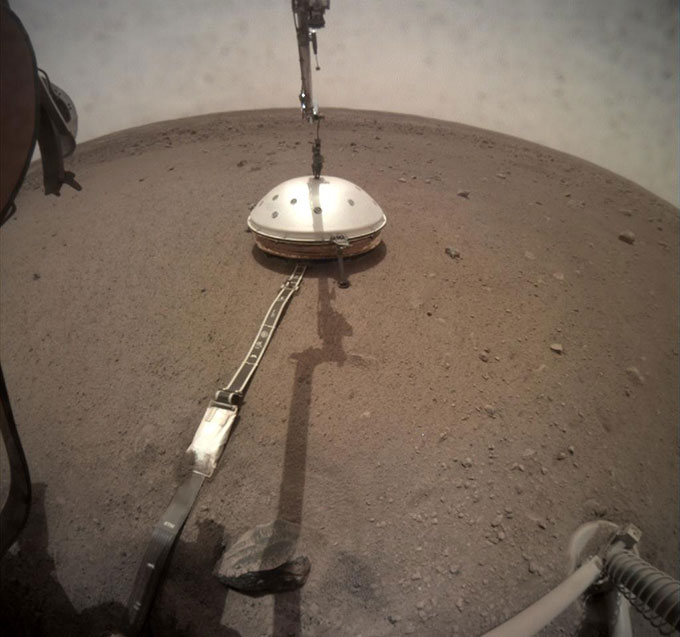 NASA’s Mars InSight mission may have made the first recording of a Marsquake. InSight’s seismometer is covered by the domed shield shown here. JPL-Caltech/NASA

InSight arrived on the Red Planet in November 2018, and the rookie lander may have already captured the first recording of a Marsquake (SN Online: 4/23/19). Unlike tremors on Earth, underground rumblings on Mars are thought to result from the planet contracting as it cools. Studying such seismic signals could help scientists better understand the structure of Mars’ deep interior.

While InSight had its ear to the ground, the veteran Curiosity rover was measuring the consistency of a Martian mountain (SN Online: 1/31/19). As Curiosity scaled Mount Sharp, accelerometer readings indicated surprisingly loose rock beneath the rover’s wheels — suggesting that winds formed the mountain by sweeping sediment into a giant pile.